What Is Lactoferrin: Benefits and Side Effects

What Is Lactoferrin: Benefits and Side Effects

Lactoferrin is an iron-binding glycoprotein from the transferrin protein family.

Lactoferrin can be found in many biological fluids including saliva, tears, reproductive fluids, and gastrointestinal fluids (1).

It is also present in polymorphonuclear(PMNs) leukocytes and plays an important role in immune defense (2).

High quantities of Lactoferrin are present in mammal colostrum (milk produced during or immediately after pregnancy). Lactoferrin and other bioactive compounds give immune protection to newborns (3).

Dietary lactoferrin supplement of human and bovine origin has been extensively used in research. Several health benefits of dietary lactoferrin have been discovered so far including antibacterial, antiviral, immune modulation, anti-inflammatory, and gut health.

Lactoferrin is widely used in infant formula, beverages, milk products, and even cosmetics. It is also present in whey protein.

The most relevant lactoferrin health benefits are described below.

1) Lactoferrin can alleviate and even prevent anemia

Anemia has severe consequences for human health and disease.

Anemia is defined as the condition in which “the hemoglobin levels are lower than a certain g/100ml of venous blood at sea level” (4). For example, in an adult non-pregnant female having lower than 11g of hemoglobin/100ml of blood is considered an anemic.

Approximately 50% of anemia cases are due to iron deficiency (5).

In long-distance female runners, the use of lactoferrin was sufficient to prevent iron deficiency. Therefore, lactoferrin use can prevent anemia in female athletes (8).

A randomized control study found that lactoferrin is as effective as ferrous sulfate in increasing iron in pregnant women without any side effects (9).

A meta-analysis of several studies found that lactoferrin is just as good a ferrous sulfate for IDA treatment with fewer gastrointestinal issues (12). Therefore, lactoferrin is the iron replacement agent of choice for the treatment of IDA in pregnancy.

Lactoferrin is a good choice in alleviating anemia. It is as good as ferrous sulfate and does not have adverse side effects.

2)  Lactoferrin has a strong Antimicrobial effect

lactoferrin’s strong antimicrobial function is described by many studies.

Lactoferrin is broken down and converted into peptides in the stomach by digestive enzymes. These peptides have tremendous antimicrobial effects (13).

For example, lactoferricin peptide has a strong antimicrobial effect (14).

In humans, a double-blind randomized placebo control study showed that the use of bovine lactoferrin was effective in suppressing Helicobacter pylori (17).

Lactoferrin has antiviral activity as well.

Studies show that it can be effective against coronavirus (Covid-19) because of its broad-spectrum antiviral activity (20,21).

Another study found lactoferrin to be useful in hepatitis C treatment (22). It also inhibited the herpes simplex virus when used with or without standard therapy (23,24). Lactoferrin also shows antiviral activity against hepatitis B, human cytomegalovirus (CMV), and HIV (25,26,27,28).

Lactoferrin has a strong antibacterial and antiviral function. Lactoferrin-derived peptides are largely responsible for this antimicrobial function.

The immunomodulatory effect of lactoferrin is proven by several research studies.

Lactoferrin has a complex role in the immune response.

Lactoferrin from neutrophils is released at the site of infection and plays an important role in the immune defense. The concentration of lactoferrin increases many folds after an infection in the body (29,30).

Animal studies show an increase in immune cells such as NK cells and lymphocytes with lactoferrin intake (33,34).

In humans, oral intake of up to 200mg bovine lactoferrin in healthy individuals significantly increased immune cells (helper T-cell and cytotoxic T-cells). Its use also provided an anti-oxidant effect (36).

Lactoferrin has an immunomodulatory function. It improves immune defense against pathogens.

Several in vitro and animals studies show the pro and anti-inflammatory function to inhibit infection.

Both forms are effective in reducing inflammatory responses of pathogens in immune cells (40).

In vitro use of lactoferrin shows its anti-inflammatory potential. It successfully inhibited the IL-8, IL-6, and TNFα  (41).

In animal disease models, it successfully induced a pro-inflammatory response for immune cell activation and protection from infection (43).

In children, the use of curcumin and lactoferrin supplements successfully lowered the rate of recurrent respiratory infections by immune system modulation (45).

Similarly, in weaned infants, lactoferrin fortified milk formula was effective in lowering the incidences of respiratory illness and diarrhea (46).

Lactoferrin acts as a balancer by promoting both pro and anti-inflammation mostly via immune modulation in the body. This protects tissues from access damage while also protecting them from pathogens.

Lactoferrin may have the potential in inhibiting tumor cell growth because of its role in the immune system.

Research shows that cancer incidences are increased when lactoferrin is produced in lower quantities due to dysfunction in its gene expression (47).

Therefore oral intake may be useful to supplement in individuals with low lactoferrin gene expression.

In animal studies, lactoferrin and its peptides are effective in inhibiting tumor cell growth as well as metastasis (49).

Lactoferrin can selectively inhibit the growth of tumor cells because of its immune modulation effects. In humans, more clinical trials are required to fully understand lactoferrin’s efficacy.

Since lactoferrin has anti-inflammatory, which may be effective against skin conditions that have inflammatory nature.

A few studies show that the use of lactoferrin may be useful in acne control.

The use of chewable bovine lactoferrin tablets twice daily for 8 weeks reduced acne lesions in participants (54).

In a randomized control study, the use of fermented milk with 200 mg of lactoferrin for 12 weeks significantly reduced the acne symptoms including acne lesion count, acne grade, triacylglycerols, and free fatty acids (55).

A study found that the use of lactoferrin with vitamin C and Zinc significantly reduced acne lesions in people with mild to moderate acne vulgaris (56).

For psoriasis, a topical ointment containing lactoferrin may benefit in reducing the symptoms of psoriasis (57).

Use of 5g XP-828L twice daily for 56 days reduced psoriasis condition without any adverse effects (58).

In a placebo-controlled, double-blind study, patients suffering from athlete’s foot showed a significant improvement in symptoms after lactoferrin use (59).

Currently, only a handful of studies show lactoferrin benefits in skin conditions. But the research is promising for acne, psoriasis, and athlete’s foot.

Lactoferrin can enhance cell growth and differentiation, therefore, can be useful in bone tissue regeneration (60).

In several in vitro and animal studies, lactoferrin promoted bone growth. However, there is a lack of robust human studies to confirm these results.

Lactoferrin in milk promotes friendly bacteria in the body. Several studies using bovine and human milk showed the growth of bifidobacterium probiotics (65,66,67). Thus, lactoferrin is beneficial in promoting probiotics which are good for maintaining a healthy body.

Lactoferrin inhibits pathogenic bacteria but it also inhibits some probiotics as well (68).

Lactoferrin may have an anti-obesity effect

A few studies have investigated the use of lactoferrin in weight loss and obesity.

In animals studies, the use of lactoferrin was beneficial in reducing fat and overall body weight (69,70).

In humans, the use of 300 mg/day enteric-coated lactoferrin for 8 weeks significantly reduced body fat (71).

More studies are required to confirm the role of lactoferrin in obesity.

Lactoferrin can be used as a bioindicator

Lactoferrin can be a bioindicator for the detection of inflammatory bowel diseases (IBD). Both Crohn’s disease (CD) and ulcerative colitis (UC) are IBD. Increased concentration of lactoferrin is observed in IBD and thus, more lactoferrin is released in feces (72,73). This presents a non-invasive and safe detection method of IBD.

To date, no study has noted any adverse effects of lactoferrin use. It is in the FDA’s GRAS (Generally Recognized As Safe) list. It is part of infant diet formulas worldwide (77).

It is also used in the production of yogurt, milk products, skim milk, pet food, supplements, and cosmetics (78).

Since its discovery, many health benefits of lactoferrin have been discovered.

Several animal studies have confirmed the role of lactoferrin in antimicrobial activity, immune systems, and inflammation.

Current research in humans, although limited, is promising as several studies have confirmed the benefits but there are not many robust control trials to absolutely confirm those effects.

Future studies, in humans, will add to the existing benefits of lactoferrin. 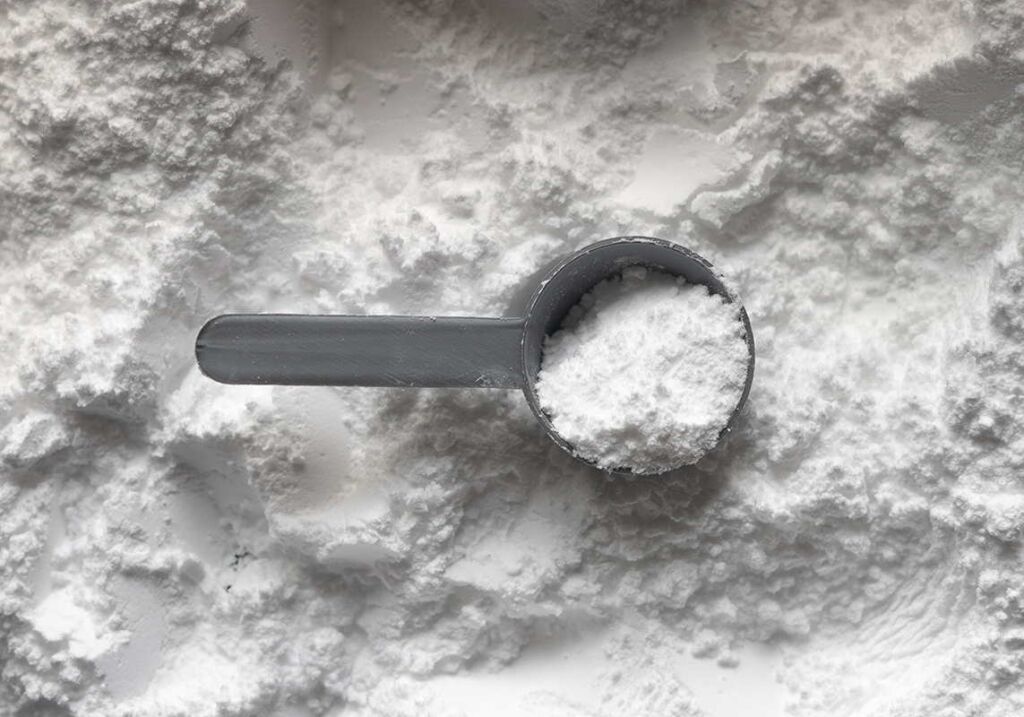 Health topics and related information provided here are based on scientific studies and/or trusted sources. The information is for education and informational purpose only, and it is not intended to diagnose, treat or cure any disease or medical condition. The information also does not replace or substitute a physician, medical practitioner’s or nurse’s advice.